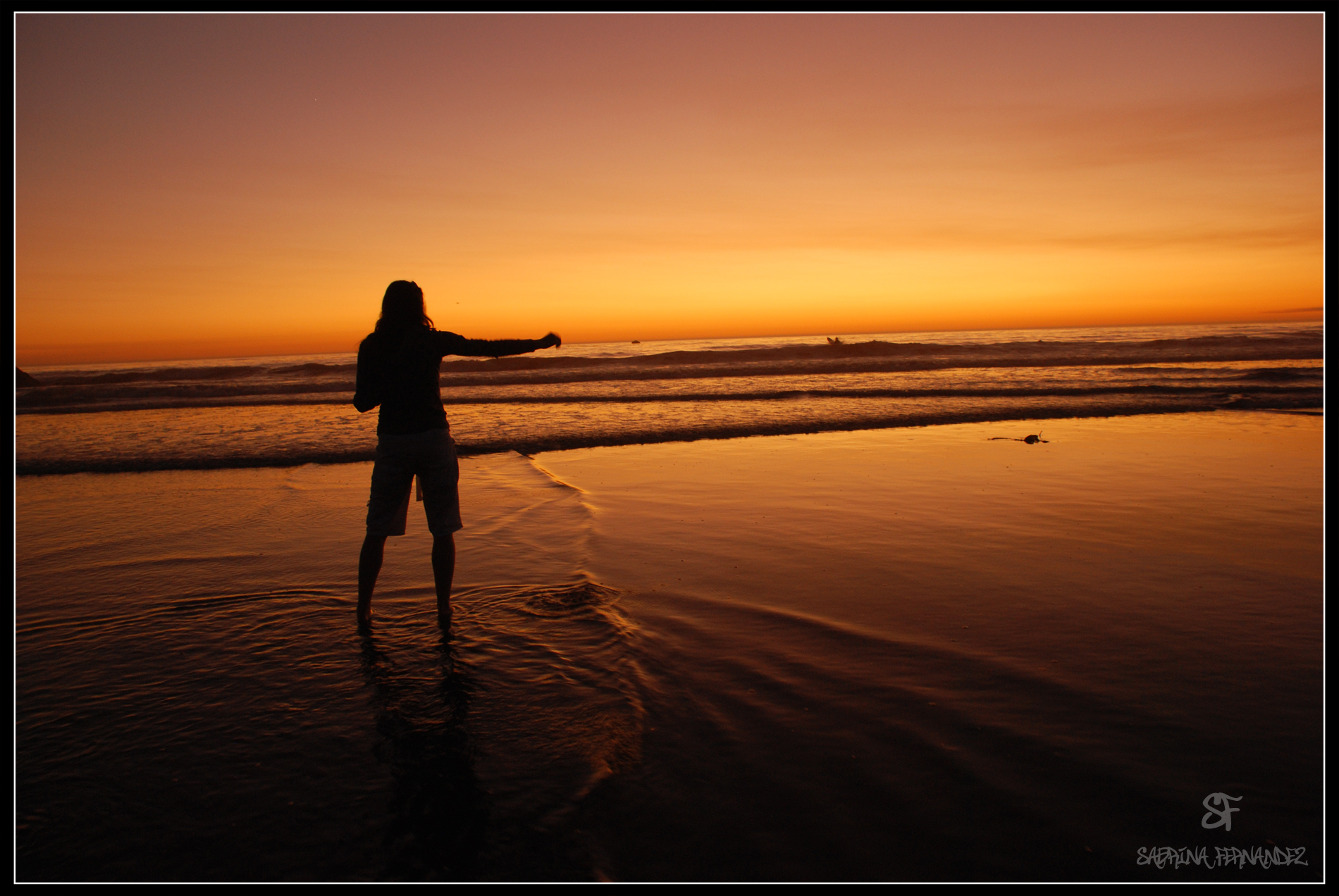 San Francisco was our last major stop on our US road trip. From there on, we needed to head back down to LA for our flight to Rarotonga, but as it was a very long drive we decided to break it up a bit and spend two nights along some of the seaside towns peppered around the west coast highway.

Our first stop was in the town of Santa Cruz. We picked this place in particular because we had read its known as the surfing capital of California and as such would probably have a very laid-back vibe, which it definitely did. Everyone and their dog seemed to own a surf board there, and no-one appeared to be either at work or in school judging by thr number of people in wetsuits walking along the main surf spots :)…definitley a vibe we could relate to..lol. It was very much a seaside resort, with wooden rollercoasters on the beach and the famous ‘boardwalk’ right by our motel. In all we spent a very relaxed day, just watching the surfers from the clifftop and walking along the miles and miles of beach right on our doorstep…a very nice break from all that driving 🙂

Next, we headed off along the Big Sur Highway towards our second stop, Cambria. It would have been a shorter drive to take the main highway, but we’d heard so much about the beauty of the big sur that we decided to take the longer route instead. The drive was all cliff edges and rocky sea..all very dramatic as we expected :). Cambria was just a convenient stop on our way to LA really, and was just another typical beachside resort, but it did give us the chance to see a large colony of elephant seals that congregate their every year around this time. At first we thought they were just rocks as they really were just, well….plonked to be honest. Inactive though they were, it was quite cool to get so close to them in their natural habitat. We also got a chance to see a very cool sunset that evening and were lucky enough to be walking along the beach at the time with our camera gear, so we captured a few shots while we were there.

So concluded our time in the USA. Off to Rarotonga we headed. Updates to follow shortly 🙂