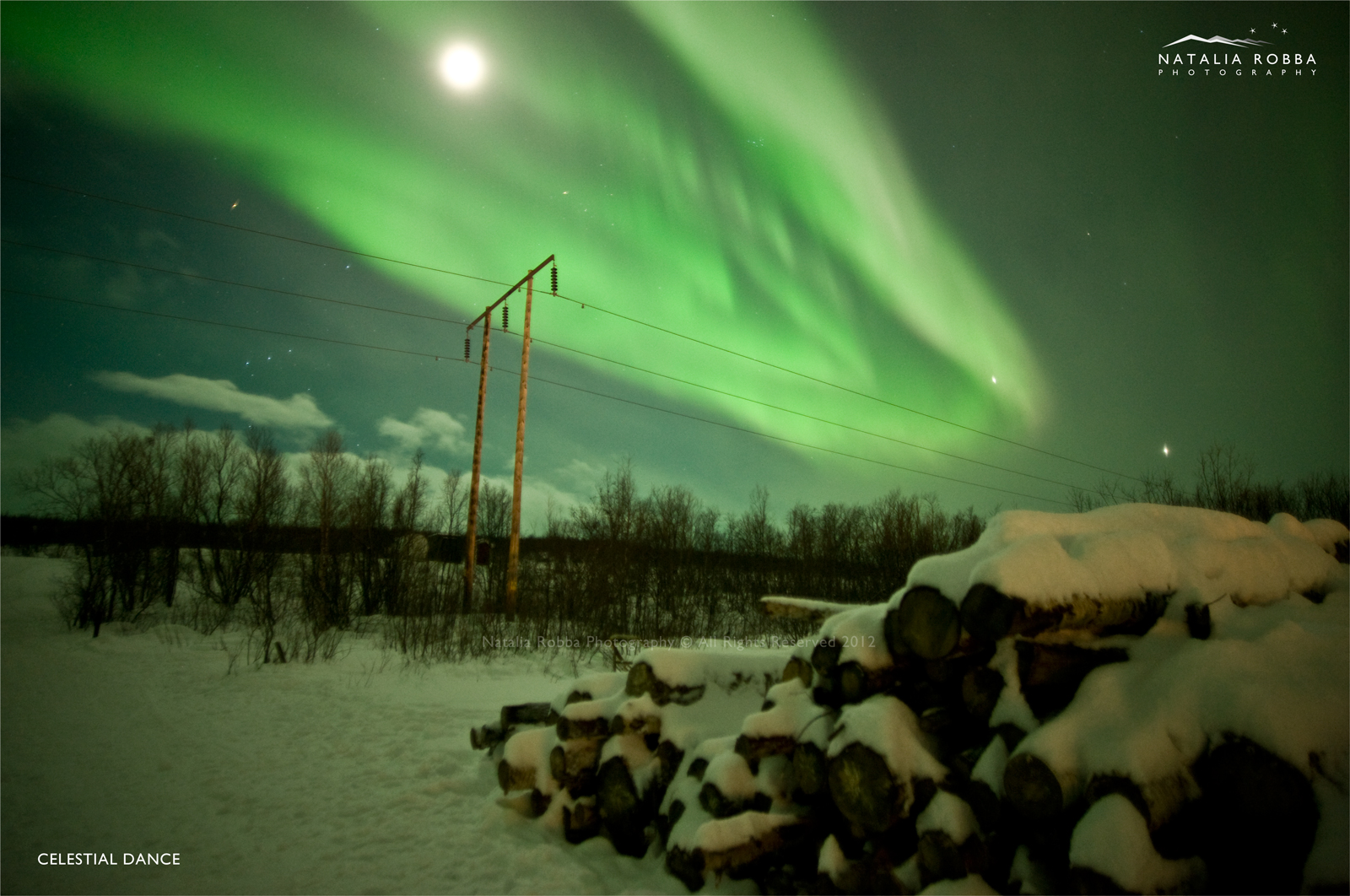 This posts been a long time coming! Can’t believe it’s taken me this long to write up. I curse the rat race *waves fist in the air defiantly*!

Back in February of 2012, I travelled up to Abisko in the far north of Sweden. It’s a beautiful little town up in the Arctic circle, with breathtaking scenery, mountains and frozen lakes as far as the eye can see, and then nestled in this small off the beaten path town of Abisko, the lovely welcoming Abisko Mountain Lodge. My home for the next 6 days =) 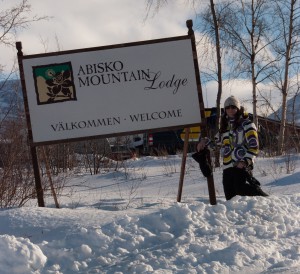 Can’t say enough good things about the place, the atmosphere was warm and welcoming, the food simply out of this world, and of course the friendly resident Bernese mountain dogs (whom I shall miss seeing every afternoon) are there to greet you when you arrive. I really couldn’t have found myself a more perfect base for my Aurora hunting…great food, stunning surroundings a few footsteps away, and of course the prospect of Aurora Borealis displays right outside the lodge. The owners Mina and Dick we’re always very helpful and really were wonderful hosts.

For someone who has hunted the Aurora on countless occasions, I can’t say how fantastic it is to be able to simply step outside at a moments notice, with no light pollution whatsoever, to see the Aurora. I’ve got to say, you’re a little more dependent on some good luck for clear skies, but it beats driving around in a car looking for dark spots and it certainly extends the amount of time where you could potentially be viewing the Aurora since you could literally step outside your room at 3am at a moments notice to see Auroras above!

In terms of my Aurora viewing prospects, things looked rather bleak initially. I’d been monitoring our Sun for sunspots for the weeks preceding this trip, and wasn’t too happy with the activity levels! There were no significant incoming CME’s (Coronal Mass Ejections). Fortunately, the Solar Wind was consistent and strong, and coupled with several occurrences of a southward Bz tilt, we were blessed with several nights of Aurora displays, one of which was a real whopper!!

I have seen fantastic displays that lasted longer than this, but what we were lucky enough to see was just as beautiful in terms of colour and vibrancy. Green bands pulsated and danced in curtain formations across the sky, and then violets and blues appeared overhead in coronas so immense and violent you wanted nothing more than to slow down time so as not to miss a single detail! What made the whole thing even more breathtaking was the Aurora’s seemingly intuitive dancing away from the incoming ominous clouds, as if such a grand force of nature had any sense of awareness or compassion for the insignificant beings beneath her cheering her on! It was just spectacular 🙂 A night I shall never forget…

So I came to the end of my wonderful stay at Abisko, and amazingly I had another 5 days to go! From Abisko in Sweden, I flew over to Ivalo in Finland to meet up with Andy Keen from Aurora Hunters where I was to help out with Northern Lights tours for 5 days.

On arriving at Ivalo airport, there was already an Aurora band directly overhead which was a great start and was certainly very promising for the days ahead.

I stayed at the Hotel Ivallo, which by the way was a lovely place! It’s a no frills hotel, but rooms are clean, perfectly adequate and the food was pretty decent too!

The setting itself was just perfect, with a frozen river directly behind the hotel providing a perfect setting for afternoon walks…and as I’ll explain shortly…Aurora viewing!

The next night was a little quiet and although we waited and waited, the Aurora did not make an appearance. Although there was an incident a bag of nuts and raisins and a certain messy vegetarian leaving her mark on our means of transportation, providing much more entertainment than would be considered normal in such situations!

Anyways, there was news of an incoming M class solar flare so we were hopeful for some activity the following night and we were treated to some lovely Auroras on a bridge over the Paatsjoki River in the Nellim region. It carried on for over 2 hours after which the clouds rolled in and the Aurora began to diminish, once again it was as if she decided to dwindle away into the peaceful night as soon as the clouds arrived =) I got some of my best photos on that bridge so thank you again Andy!

My last night there was initially just supposed to be a day of rest, packing, and organising myself for my travels back home the next day. However I’d been monitoring solarham.com throughout the day and it looked promising for some more activity that night. My plan was just to find a nice dark spot close to the hotel as I had no transportation. Little did I know people we’re already using the frozen river directly behind the hotel for Aurora viewing and it was fantastic!

The light from the hotel was negligable and even the full moon couldn’t compete with the Aurora that night. It wasn’t a long display but was full of sporafic outbursts of intenses Auroras. What was amazing was how friendly and sociable everyone became with complete strangers, most of whom were jumping around with joy, or laughing, or on the verge of tears even!

I can’t think of a better way to have ended that trip 🙂 I left the next morning extremely happy at what I’d seen over the preceding 2 weeks.

It’ll be hard to top that’s for sure! I’m heading back to Abisko at the end of February 2013 as there seemed to be more to explore there! We shall see 😀 My aim there is to produce a time lapse movie that is as faithful to the Aurora’s beauty as possible.

7 thoughts on “My little Aurora expedition”